The Only Game in Town...
And You Are in the Bleachers

We witnessed an extraordinary move in the financial markets on Monday, March 9, 2020. It continued disrupting what some had called a new bull market. For ensuing weeks, the Dow Industrials lost over 2,000 points and then another roller coaster down 3000 on March 16th when Trump held a press conference. The S&P 500 Index had dropped 26.36% in the same period.  The hammer came down on March 23, 2020 as the S&P 500 dropped another 6.23% to what would become the bottom of the decline. “The U.S. and global equity markets remain under severe selling pressure, the likes of which have not been seen since the time of the financial crisis in 2008. Investors’ confidence has been rocked by escalating fears about the coronavirus pandemic, which has spread rapidly across this country, with the nation’s largest cities under orders to practice ‘social distancing’.” [1]   This, following oil prices losing nearly 25 percent on news that Saudi Arabia was dropping crude oil prices and raising production as well. Meanwhile, March continued to harass everyone, and the 10-year Treasury note yield touched an all-time low of 0.318 percent.

What created fear in hearts was the reality that the S&P decline from the end of December 2019 was 69.1%; we looked for some sanity and rescue while dealing with the culprit...Covid19. In times like this, it is often heard that some people find it difficult to stay committed to an investment program when fear has gripped the financial markets. Clearly that is due to our emotions choosing between fight or flight, and completely understandable. Remember this was a 2020 health event; but one that will have altered the way many things are done in the future...when we look back on it.

However, that is not where the story begins. There are other significant reasons that investing has changed...likely forever. A quick look at recent history may put a spotlight on perspectives. In that history is the reason we are so anxious about the growth and protection of our money. This pause to reflect is vital to keeping our emotions from driving the bus, so stay with this.

Remember when the trade dispute with China ramped up back in February 2018? In just six trading days, stock prices had undergone a rollercoaster ride on their way to a 10-percent market correction. On February 8, 2018, CNBC reported that the Dow Industrials traveled 22,000-plus points over the course of February's first full week of trading due to trade-related fears.[1][2]

How about the 4th quarter of 2018? On October 10 of that year, the Dow saw an 800-point drop, largely due to rising interest rates and global economic concerns. And who can forget the holiday market trading two months later? It was a breathtaking event as the Dow lost over 600 points on Christmas Eve, then soared 1,000 points the day after Christmas.[3][4] Think these are unusual? Your heart and your head know different.

Three major changes to the investing landscape have exerted jurisdiction over your investments. These are control, complexity, and time.

Let’s start with control. (The series links are below for your convenience) 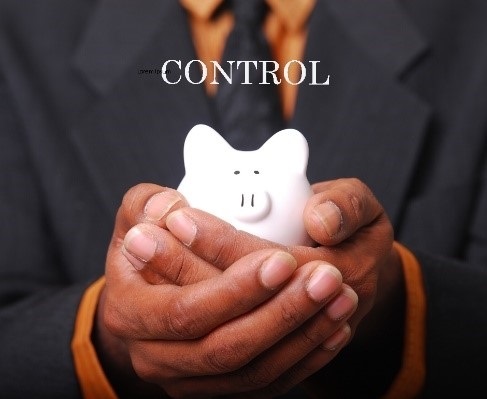 Want to skip to the end and find out what you need to do next?  Click below to download your complimentary whitepaper discussing how investing has changed and how you can change the game.